Accessibility links
Cargo Is Piling Up Everywhere, And It's Making Inflation Worse A surge in imports is overwhelming transportation networks and testing supply chains, making life hard for small-business owners.

Cargo Is Piling Up Everywhere, And It's Making Inflation Worse

Cargo Is Piling Up Everywhere, And It's Making Inflation Worse 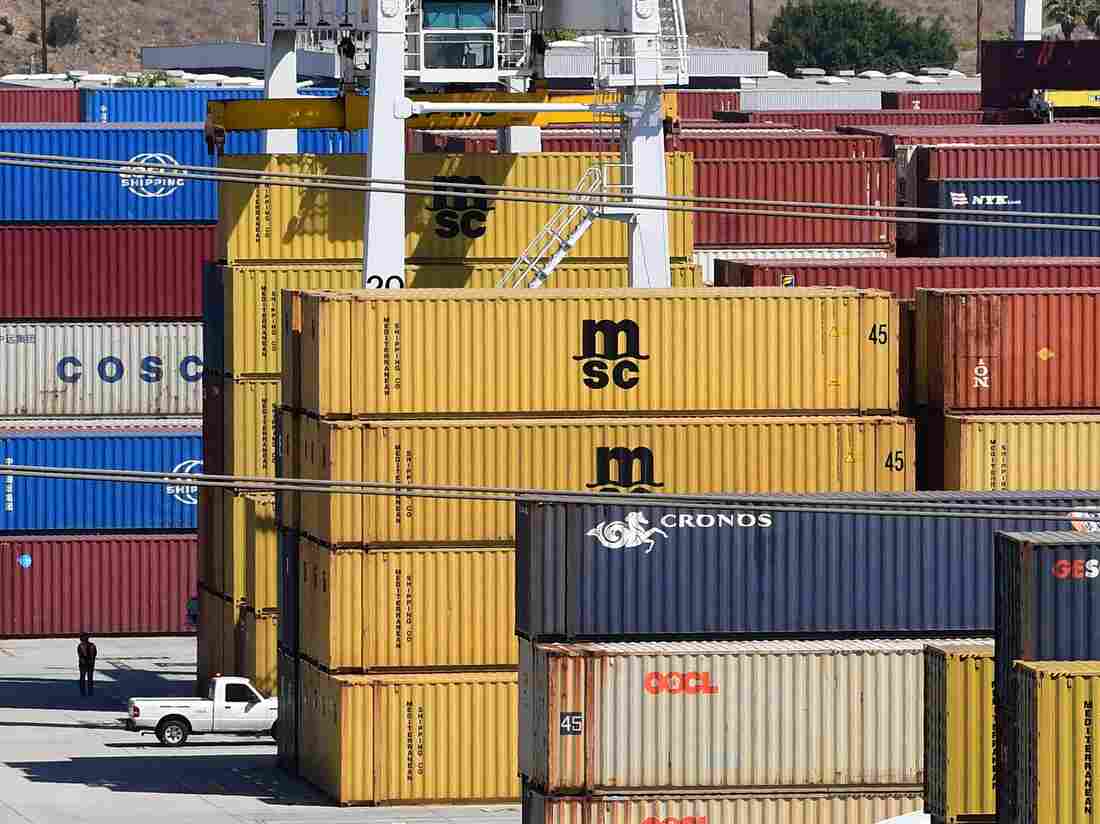 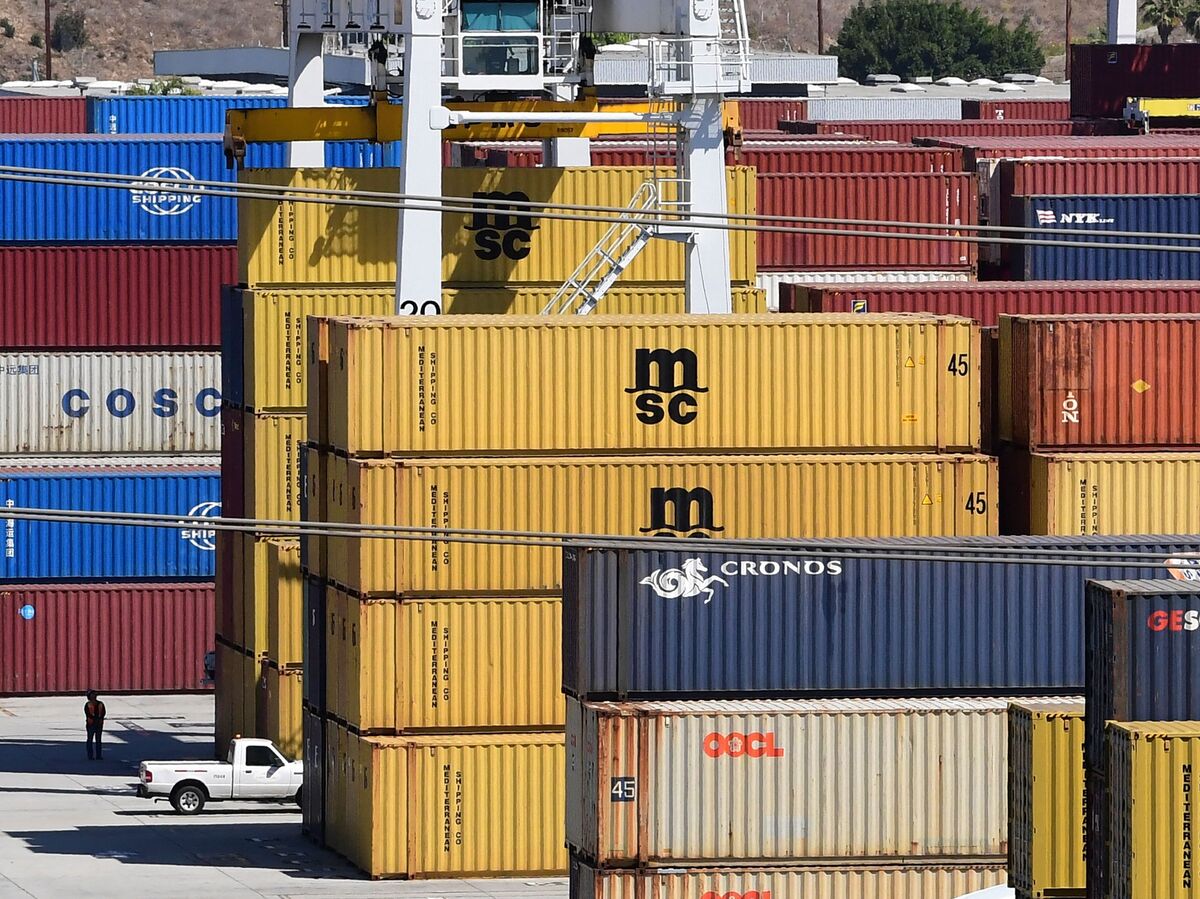 Shipping containers are stacked high at the Port of Los Angeles in April. Supply chain disruptions are hitting small-business owners across the United States.

John Nephew thought he had a winner with a new tabletop game called Dice Miner. Importing the games from China turned out to be its own roll of the dice.

Nephew, founder of Atlas Games in Duluth, Minn., ordered a 40-foot cargo container full of games from Shanghai in December, anticipating delivery in about six weeks.

Instead, the games took nearly six months to arrive — an increasingly common example of the supply chain bottlenecks pushing inflation to its highest level in more than a dozen years.

"We were booked on something like eight different shipping voyages in a row, and had them canceled from under us," Nephew says.

Soaring demand from Americans for everything from iPads to cars is leading to a surge in freight crossing the Pacific, hitting business owners such as Nephew.

When the cargo with his games finally arrived on the West Coast, the container was immediately emptied so it could be sent back to China for another load.

The games then continued on to Minnesota by truck, rather than rail, which would have been more economical. The final shipping cost was about $12,000, at least 50% more than the game maker had budgeted.

Businesses around the country are wrestling with similar challenges in getting their goods.

The Port of Los Angeles just logged its busiest month in history, handling more than 1 million shipping containers in May, more than half loaded with imports from Asia.

"We feel the importer and exporter pain," says Gene Seroka, executive director of the country's busiest cargo port. "The impacts that all of this has had is noticeably hurtful to these men and women who are trying to do their jobs in the supply chain."

Seroka adds, "This just continues to show the strength of the American consumer during this pandemic-induced buying surge."

The record volume of cargo has overwhelmed longshoremen, truck drivers, warehouses and railroads. Vessels are waiting up to five days just to get into port, and it can take 10 more days for a container to be loaded on a train. 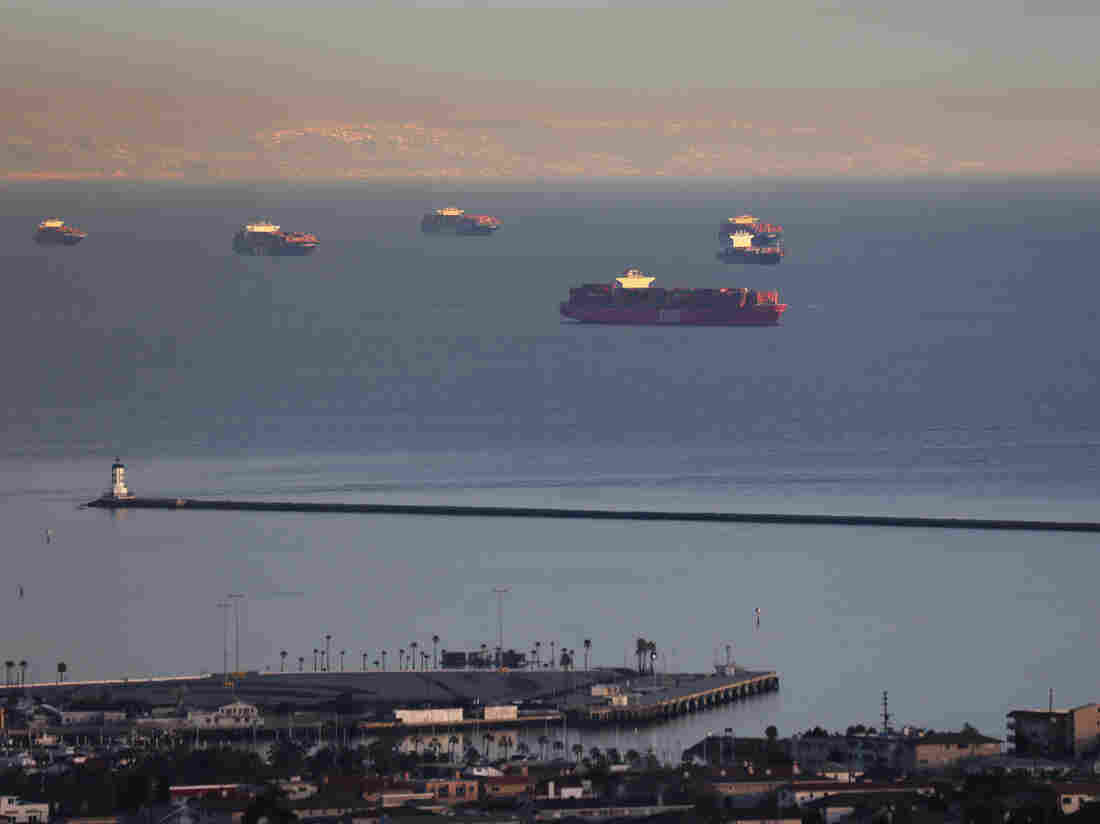 Container ships and tankers are anchored close to the ports of Los Angeles and Long Beach in February. The Port of Los Angeles logged its busiest month in history in May. Mario Tama/Getty Images hide caption 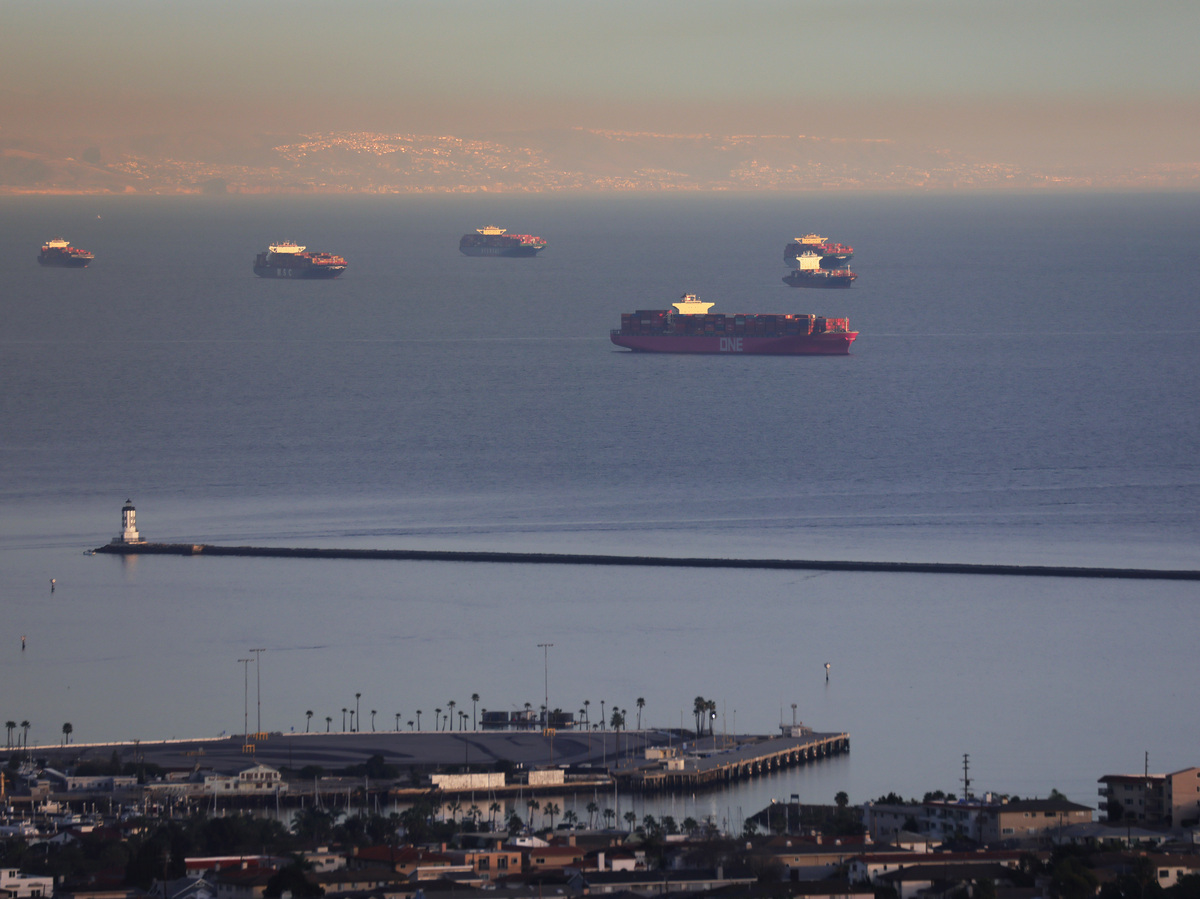 Container ships and tankers are anchored close to the ports of Los Angeles and Long Beach in February. The Port of Los Angeles logged its busiest month in history in May.

Things aren't quite so busy on the East Coast. But the cost of bringing a refrigerated container from Italy to New Jersey has soared to $10,000, more than twice the going rate before the pandemic.

"They say there's not enough containers in Europe, lack of space on the boats," says Philip Marfuggi, CEO of the Ambriola Co. and a board member of the Cheese Importers Association of America.

It not only takes up to twice as long for shipments to arrive, he says, but deliveries have become less predictable.

"Like the other day, I had eight containers show up," Marfuggi says. "They should have been like two a week. And then all of a sudden, they all showed up at once."

All of this unpredictability creates costs and headaches for businesses that had grown accustomed to reliable, just-in-time delivery.

Federal Reserve Chair Jerome Powell said these "bottleneck effects" have been larger than he and his colleagues anticipated, prompting the central bank to raise its forecast for inflation this year to 3.4%. But Powell expressed confidence that the cargo constraints won't last indefinitely.

"Prices like that, that have moved up really quickly, because of the shortages and bottlenecks and the like — they should stop going up, and at some point they in some cases should actually go down," Powell told reporters last week.

The Biden administration has created a task force to address the most urgent shortages – such as computer chips – while also looking for ways to build more resilient delivery networks for the future.

"One of the things the pandemic exposed is just the degree of vulnerability we have across our supply chain," said Brian Deese, director of the president's National Economic Council. 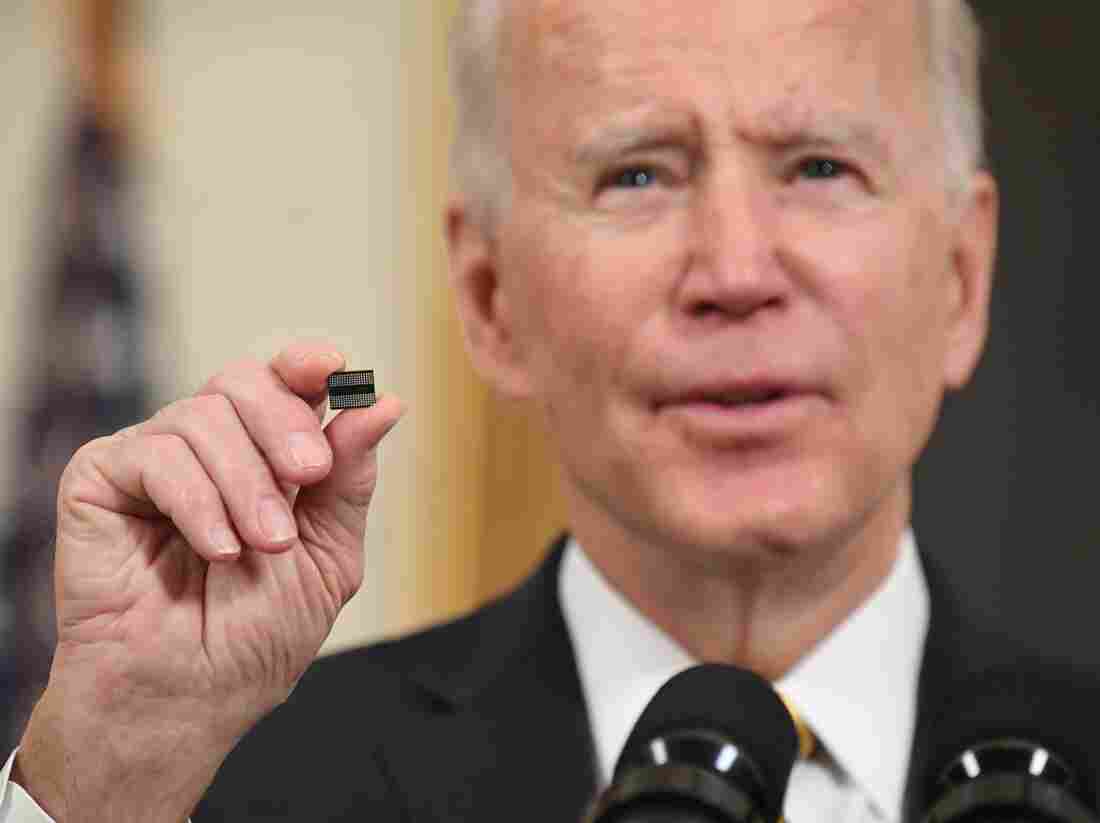 President Biden holds a microchip before signing an executive order on securing critical supply chains in February. A shortage of chips after a surge in demand hampered key sectors such as carmakers. Saul Loeb/AFP via Getty Images hide caption 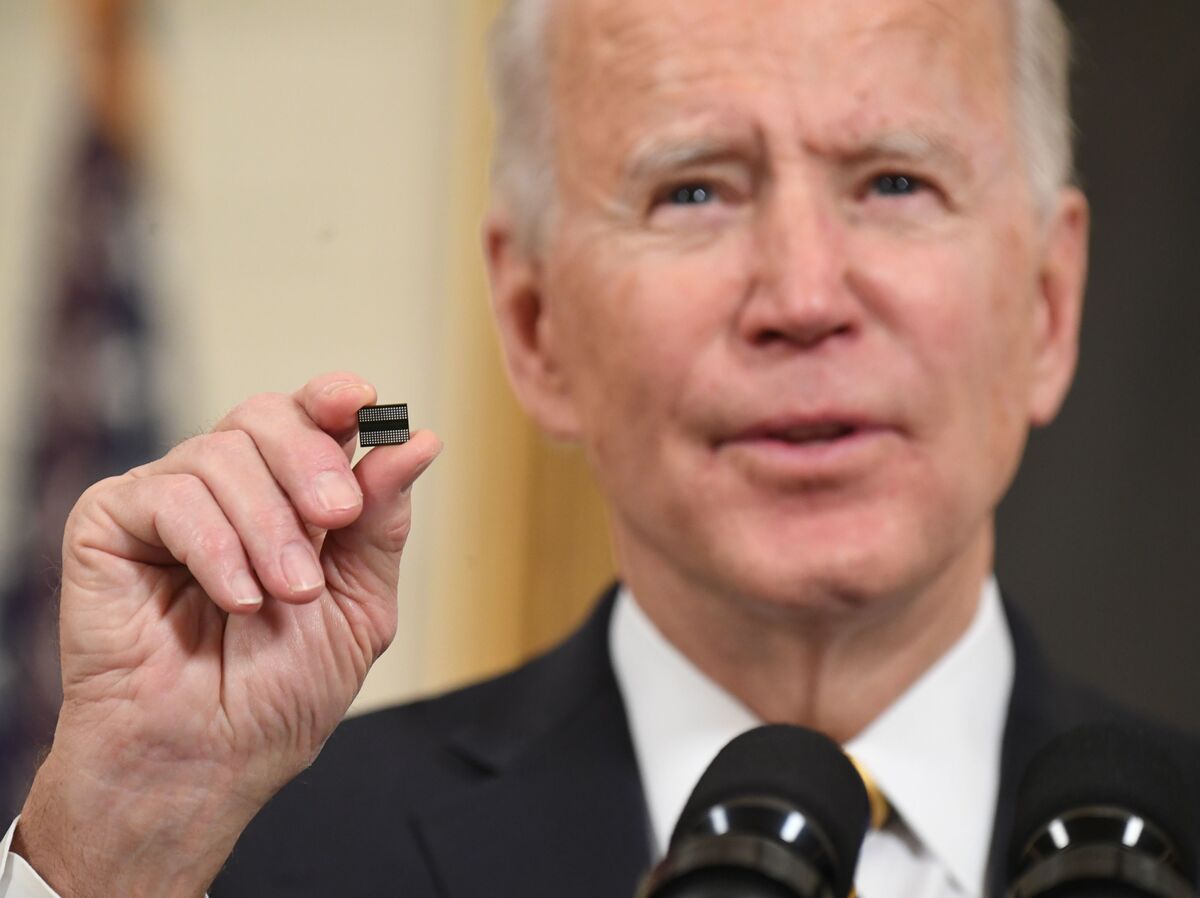 President Biden holds a microchip before signing an executive order on securing critical supply chains in February. A shortage of chips after a surge in demand hampered key sectors such as carmakers.

As pandemic fears recede and people are able to spend more of their money on travel and entertainment, demand for goods is expected to decline.

But it could take months to untangle the traffic jam. With back-to-school and holiday shopping seasons still to come, the Port of Los Angeles is likely to remain extremely busy through the fall. Seroka thinks it will be early next year before cargo volumes shrink back to more normal levels.

That's bad news for business owners such as Nephew, who is already bracing for even higher shipping costs after he already had to pay 50% more to ship his Dice Miner games.

"It's just a mess," Nephew says. "That shipping price is going to look like a bargain within the next couple of weeks."

NPR thanks our sponsors